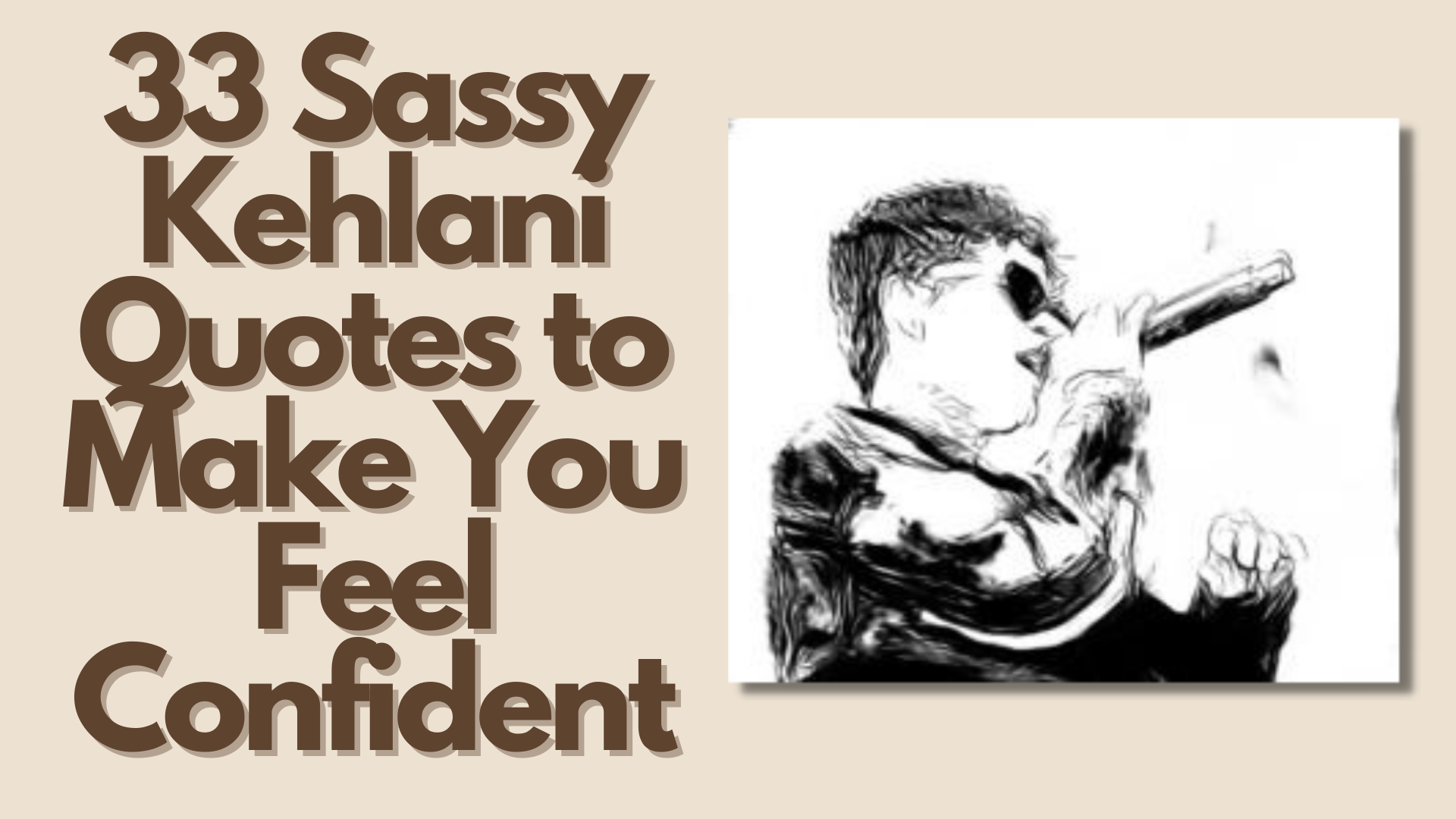 Kehlani is an American Singer, Songwriter, and dancer who first garnered attention as a member of the teen group Poplyfe in 2011. She rose to prominence in 2014 with the release of her mixtape “Cloud 19.” Kehlani is known for her soulful voice and her sassy attitude. In this article, we will take a look at some of her most famous quotes.

Born on April 24, 1995, Kehlani Ashley Parrish is from Oakland, California, She was a member of the teen musical group Poplyfe in 2011.

As Kehlani’s Parents were drug addicts she was adopted and raised by her aunt, she attainted  Oakland School for the Arts.

So, now we have a slight idea about who Kehlani is? Therefore now let’s move on to the beautiful quotes by Kehlani.

Here Are The Best  Kehlani Quotes

Kehlani is very much vocal about her preferences and likings, She believes in living her life on her own terms. She has accepted publicly in 2018 that she is a Lesbian!

The most important thing in life is to express yourself and speak what you like and do what you want to do. By saying this let’s see what Kehlani’s quotes have to offer:

This quote is often interpreted as meaning that it is important to pay attention to the world around you and learn from what you see, but it is just as important not to let negative experiences or people get the best of you.

Kehlani’s positive outlook on life and her willingness to share her wisdom with others are just some of the things that make her one of the most inspiring young women in the world today.

2. “I’ve always been a very young person with a very old soul.”-Kehlani

3. “All the water in the world couldn’t sink a ship unless it got inside.”-Kehlani

4. “I feel like I don’t really care about impressing other people. I thoroughly enjoy impressing myself.”-Kehlani

This is an empowering message that speaks to Kehlani’s confidence and self-belief. It also highlights her commitment to her artistry and to staying true to herself.

This message is inspiring for young women who are often pressured to conform to societal standards of beauty and success. Kehlani’s quote reminds us that we should focus on our own journey and what makes us happy, not what other people think.

5. “Every day, it’s like a new problem arrives. Need to ground yourself, can’t afford to lose your mind.”-Kehlani

It’s a very important quote, especially in today’s society. We are constantly bombarded with information from social media and the news, and it can be tempting to share our opinions on things without really knowing what we’re talking about.

Kehlani’s quote is a great reminder to stop and think before we speak, and to make sure that we are only sharing our opinions on things that we are knowledgeable about.

7. “I deserve a love that is gonna last.”-Kehlani

9. “Success to me is only two things: happiness and stability.”-Kehlani

10. “Stardom is a crazy thought. If that’s what my path is, then that’s where I’m excited to be headed towards.”-Kehlani

11. “Everybody is on the ‘I’ll cross the bridge when it comes’ conversation. I don’t think anybody truly knows.”-Kehlani

13. “A woman, like the sun, should always stay bright.”-Kehlani

This quote is particularly empowering because it compares women to one of the most powerful and enduring forces in nature. Just as the sun shines through the darkest clouds, Kehlani believes that women can always find the strength to overcome challenges and shine brightly in spite of difficulties.

This quote is an excellent reminder that no matter what life throws our way, we have the power to persevere and thrive.

14. “Yes, you are like the sun, so always shine bright.”-Kehlani

15. “Sex is biological, but gender is mental.”-Kehlani

16. “I truly feel like wholeness can come from brokenness. We can find love in the most strange places.”-Kehlani

17. “It don’t take a whole day to recognize sunshine.”-Kehlani

Kehlani is telling her listeners to not let anyone change who they are and to always be themselves. This is important because if you don’t stay true to yourself, you will end up becoming someone you’re not, and you will be unhappy.

20. “Ain’t nothin’ going to stop me from making it happen.”-Kehlani

22. “All that glitters isn’t gold. I was blinded. Should have never gave you my heart on consignment.”-Kehlani

Kehlani was blinded by love and she gave her heart to someone who wasn’t able to reciprocate those feelings. This Kehlani quote is relatable to many people who have experienced a failed relationship.

Kehlani’s lyrics are resonating with her fans because they can relate to her emotions and experiences. Kehlani is an artist who isn’t afraid to be vulnerable and honest in her music, and this quote is a perfect example of that.

23. “I really hate finding out people that show love really be talking crazy behind the scenes. B*tch, buck up and hate me with your chest.”-Kehlani

25. “That hustle could kill you, yeah, you gotta be clever. It’s cool while you’re young, but you can’t do it forever.”-Kehlani

In a recent interview, Kehlani spoke about her journey to success. She explained that when she first started out, there were people who didn’t want her to succeed. but now that she’s made it, they’re proud of her.

Kehlani’s story is an inspiration to us all. It shows us that no matter how hard the journey is, it’s always worth fighting for our dreams.

27. “This thing we got is crazy. Only thing I know is you’re my baby. Forever down, I am your lady. Always for sure, never a maybe.”-Kehlani

28. “Crazy how a person you love could just change.”-Kehlani

the quote is about the feeling of betrayal that comes when someone you love changes in a way that you don’t expect. She said that when she wrote the song, she was thinking about a specific situation in her own life, but she believes that the sentiment is universal.

Kehlani’s fans have responded to the quote with messages of support and understanding, proving that her words resonate with people from all walks of life.

30. “As far as creation goes, you just really have to not overthink and just create and be confident. If you think it’s tight, then the world is going to think it’s tight.”-Kehlani

31. “We’ve got this synergy. Your soul feels close.”-Kehlani

32. “I’m not sayin’ that you incomplete, but just imagine what we’d be if we became one. You deserve someone that’ll take you to another level.”-Kehlani

In this quote, Kehlani is speaking to someone who she cares for deeply but feels is holding themselves back. She believes that they deserve better than what they have and that she could help them reach their full potential.

This sentiment is relatable to many people who have experienced unrequited love or have felt like they are not good enough for someone they care for.

Sometimes in a relationship, one person may do things that test the other person’s trust. But Kehlani reminds us that this is just a part of love. And ultimately, it’s something that can make a relationship stronger.

After all, overcoming challenges together is one of the best ways to build a lasting bond.

We hope you enjoyed these 33 sassy Kehlani quotes. We loved finding them and bringing them to you! Please let us know in the comments if you have any favorites, or if we missed your favorite quote by Kehlani.

Until next time, stay strong and be yourself – because nobody can do that better than you.