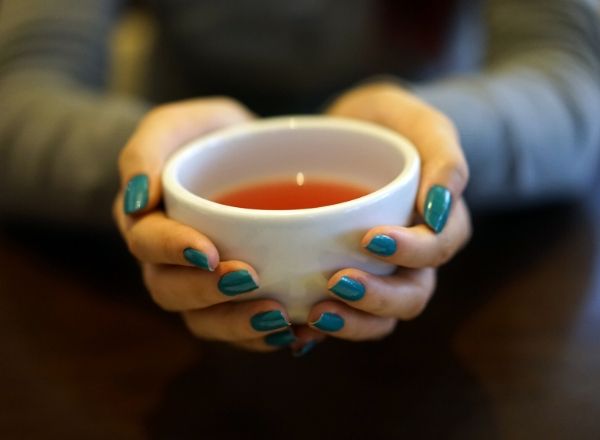 Check out our list of the best quotes about tea for tea lovers below!

There’s a certain elixir that has fascinated and mesmerized people from every corner of the earth and through every historical era – and no, I’m not talking about a legendary potion or the fountain of youth. I’m talking about a simple cup of tea.

And apparently, there’s plenty to say about it. We’ve compiled a wealth of quotes and sayings about tea to celebrate this amazing liquid with all of our fellow tea lovers.

The tea plant’s humble leaves can be transformed into a healing, energizing drink – one that people have literally fought wars over – just by adding some hot water. Easiest potion ever!

Thankfully, these days drinking tea tends to bring people together. It facilitates space for conversation, encourages rest and relaxation, and fosters a sense of community, connection and care, no matter who you are.

Whether it’s the Queen of England offering Earl Gray to foreign ambassadors during a state meeting at Buckingham Palace, your mother bringing you a steaming cup of chamomile in bed when you’re under the weather, or your kid begging you to throw them a fairy princess tea party, tea is a universal reality and a globally recognizable icon.

But what is it about tea that makes it so widely adored? Why do we love to drink it so much?

Writers and poets through the ages have noted tea’s uncanny ability to soothe a hectic mind, heal bodily ailments, inspire a novel, or even divine the will of the gods. Tea can really do it all, and it’s gotten its fair share of literary attention.

So if you love tea like the rest of the human race, pour yourself a cup and read through these quotes from writers who understood the precious liquid’s relevance throughout time immemorial, as well as its importance to our own lives today.

Quotes About Tea and Nature

Tea Quotes From Around the World

Tea is one of nature’s greatest gifts, and drinking it is one of humanity’s favorite pastimes. So the next time you make yourself a cup at home – or get invited to a royal tea party – think of all the people across this wide, wide world who are happily drinking the same stuff as you, and know that you’re in good company.

We ❤️ quotes too!

This is the place where you will always find the right words at the right time.