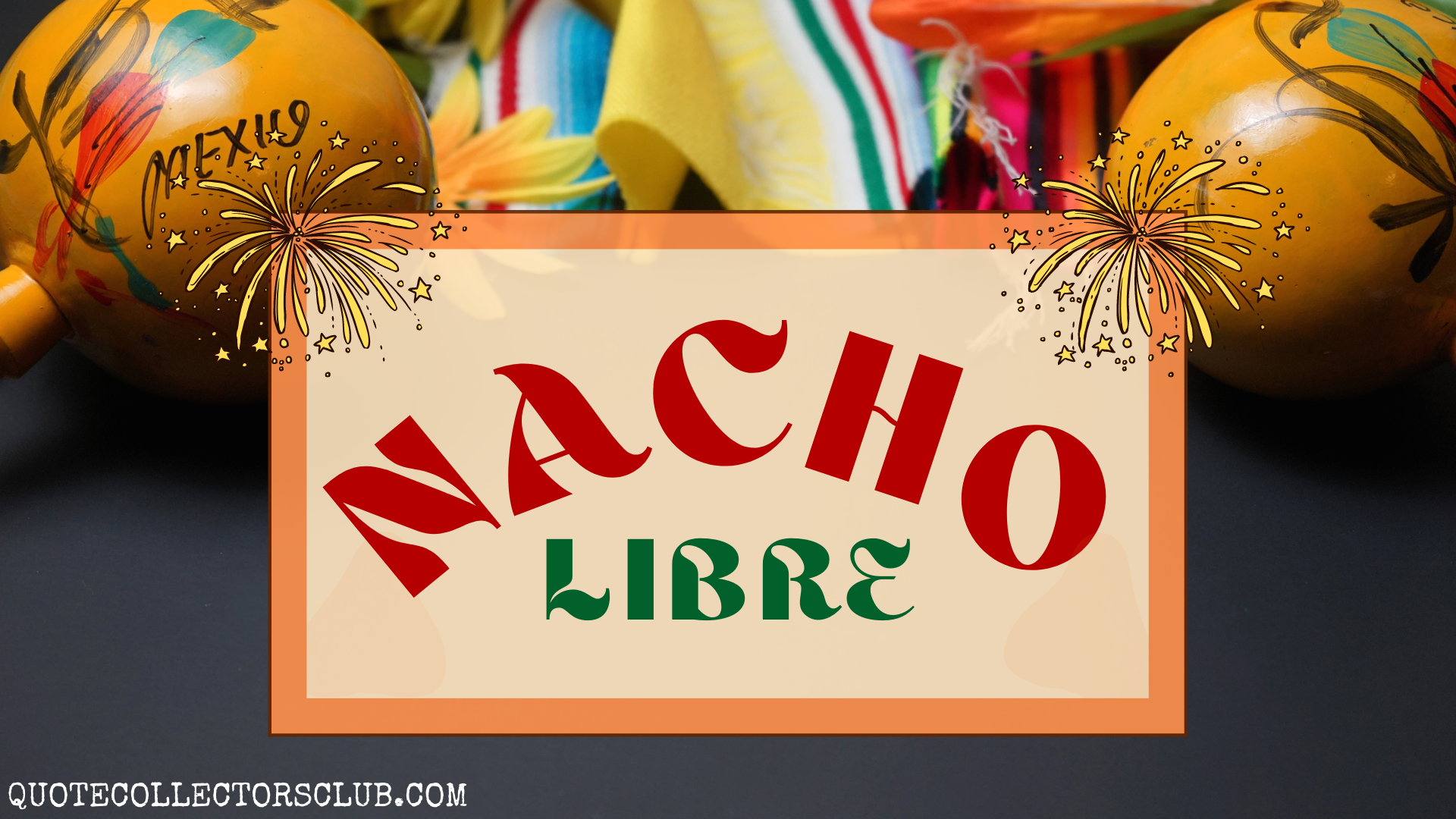 In the 2006 sports comedy-drama film “Nacho Libre,” directed by Jared Hess, Jack Black portrays Ignacio, a cook at an orphanage in Mexico who moonlights as a luchador. Throughout the movie, Ignacio delivers many great quotes that are both funny and inspiring. Here are some of our favourites.

2006’s “Nacho Libre” is a heartwarming sports comedy-drama about a man who follows his dream against all odds. Jack Black stars as Ignacio, or “Nacho,” a young man who was orphaned at a young age and raised in a Mexican monastery.

Nacho has always loved wrestling, but as an adult, he is forbidden from competing by the monastery’s Elder. Desperate to follow his dream, Nacho enters into a secret partnership with a local street urchin named Steven. Together, they begin training in secret, and soon Nacho becomes a well-known wrestler.

Though his new career is fraught with difficulties, Nacho persists, ultimately finding success, friendship, and love. “Nacho Libre” is a funny, feel-good film that will inspire viewers of all ages to follow their dreams.

The film is loosely based on the true story of Fray Tormenta (“Nacho”), a Mexican Catholic priest who became a masked wrestler to earn money for his orphanage. Let’s  take a look at some of the best quotes from “Nacho Libre.”

The above quote is a catchphrase spoken by the character Nacho Libre in the 2006 sports comedy-drama film of the same name. The character, played by Jack Black, is a Mexican priest who dons a disguise to compete in Lucha Libre wrestling matches to win prize money to buy food for the orphans he cares for.

In the film “Nacho Libre,” the titular character offers some sage advice, although in a comedic way, to Sister Encarnación regarding the true nature of all beings. As he so eloquently states, “underneath the robe, you find a man.

Underneath the man, you find his nucleus.” In other words, we are all just human beings beneath our clothes and outward appearances. This quote is a reminder that, no matter how different we may seem on the surface, we all share the same essential core.

We should all strive to remember this when encountering those who seem different from us. By doing so, we can build a more united and understanding world.

3. “Don’t you want a little taste of the glory? See what it tastes like?” – Nacho Libre

Nacho Libre says the above quote to Steven about the glory of being a professional wrestler. The quote speaks to the idea that taste is something that one cannot experience until they have experienced it.

This is similar to the saying, “you don’t know what you’re missing.” In other words, Nacho is saying that Steven cannot fully understand or appreciate the glory of wrestling unless he has tasted it himself. Thus, the quote encourages people to try new things and experience as much as possible to truly understand the world around them.

4. “I know it is fun to wrestle. A nice pile-drive to the face; or a punch to the face; but you cannot do it because it is in the Bible not to wrestle your neighbour.” – Nacho Libre

Nacho Libre delivers a memorable lecture to a group of orphan kids who are wrestling on the church premises. Nacho explains that while wrestling may be fun, it is not permitted by the Bible. He goes on to say that the Bible instructs us to love our neighbours and that wrestling them is not an act of love.

By delivering this message with humour and sincerity, Nacho helps the kids to see the error of their ways and encourages them to live according to the teachings of the Bible.

5. “Precious Father, why have you given me this desire to wrestle and then made me such a stinky warrior?” – Nacho Libre

6. “Ramses’ number one he knows the secret of desire. Ramses is the one; he puts the people all on fire.” – Nacho Libre

In one scene, Nacho confides in his friend, Steven, about his feelings for a nun. He says, “Have you ever had feelings for a nun?” Nacho is conflicted about his attraction to SisterEncarnación, and he knows that it is improper for a priest to have such feelings.

However, he cannot help but be drawn to her beauty and innocence. Ultimately, Nacho must choose between his religious calling and his desires.

8. “I don’t believe in God, I believe in science.” – Steven Esqueleto

Nacho asks Steven why he has not been Baptised yet, To which steven replies that he didn’t meet such kind of circumstances so that he could be baptized, and he adds on to his statement that why he is getting judged all the time due to his belief in science rather than religion.

9. “Some people say wrestlers make bad lovers, that they save themselves for the ring. Love you.” – Nacho Libre

10. “If you fight for something noble, or for someone who needs your help, only then will God bless you in battle.” – Nacho Libre

11. “I am the gatekeeper of my destiny, and I will have my glory day in the hot sun.” – Nacho Libre

This quote encapsulates the film’s themes of determination and perseverance. Despite the odds, Nacho is determined to follow his dream and find success on his terms. This inspiring message continues to resonate with audiences today, reminding us that anything is possible if we are willing to fight for our dreams.

12. “Those men fight for vanity, for money, for false pride.” – Nacho Libre

This desire to win is not specific to wrestling or any other sport; it is something that we all feel, whether we are competing in a game or striving to achieve our goals in life. We all want to be winners. And while there may be times when we do not succeed, it is this desire to win that motivates us to keep trying.

15. “I hate all the orphans in the whole world!” – Steven Esqueleto

In the movie, Steven wants Nacho to fight in the battle jam, and if he wins, then he can fight Ramses directly. As Nacho is concerned about his orphan kids, he doesn’t want to go ahead with wrestling. Steven doesn’t want Nacho to quit at this important juncture, and he takes out his frustration by shouting that he hates all the orphans in the world.

That’s a wrap on our look at the 15 best quotes from Nacho Libre. We hope you enjoyed reading them as much as we enjoyed putting this post together. If you have any favourite quotes that we missed, please share them in the comments below – we would love to hear your thoughts.

And finally, if you haven’t seen Nacho Libre yet, what are you waiting for? It’s a hilarious film with plenty of quotable moments, and it will put a smile on your face. Thanks for reading!