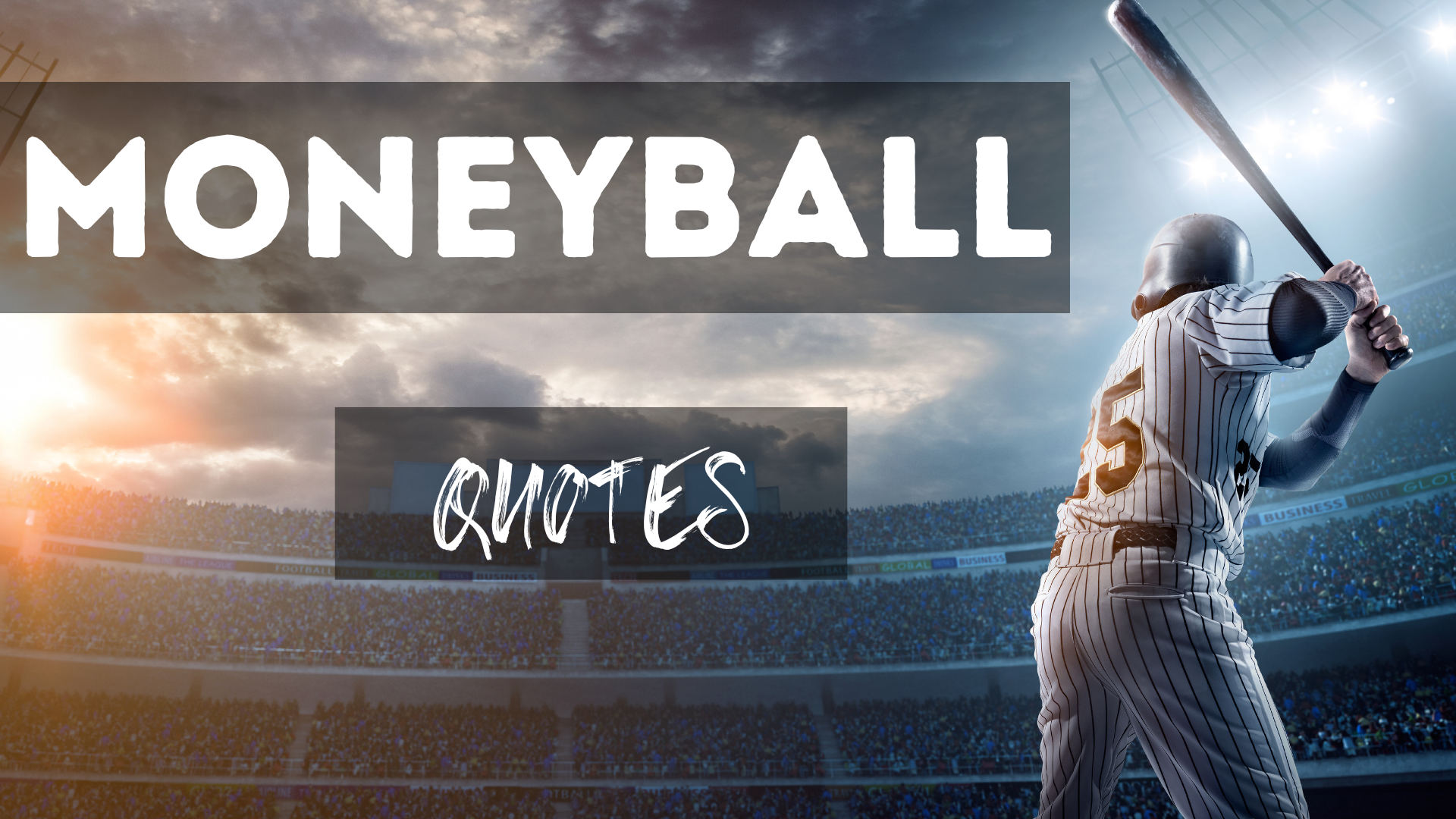 Baseball is a game that has been around for centuries. It is a game of statistics, Mental and Physical toughness. It’s also a game of failures and second chances. A game that can be so simple and at the same time so complex. Over the years, baseball has evolved into something more than just a pastime. In today’s society, it is more like a religion. Millions of people worldwide follow its every move. And in 2011, one movie managed to perfectly capture the essence of America’s favorite pastime: Moneyball.

Moneyball is a 2011 American sports drama film directed by Bennett Miller from a screenplay by Steven Zaillian and Aaron Sorkin. The film stars Brad Pitt as Billy Beane, the general manager of the Oakland Athletics baseball team, and Jonah Hill as Peter Brand, his assistant.

The film tells the story of the 2002 Oakland Athletics season. Beane’s team is in last place, and he is forced to rebuild it using unconventional methods. He recruits Peter Brand, who believes that statistics can measure players’ potential value and selects players based on their statistical output rather than their traditional scouting report.

The film was released on September 23, 2011, and grossed $110 million worldwide. It was nominated for six Academy Awards, including Best Picture, Best Actor (Pitt), and Best Supporting Actor (Hill).

Here are the best Moneyball Quotes

Moneyball is an interesting story highlighting data and analytics’s importance in today’s world. Even if you’re not a sports fan, “Moneyball” is worth watching for its fascinating insights into human behavior and decision-making. Let’s take a look at some of the best Moneyball quotes:

In the 2011 movie Moneyball, Peter Brand makes a powerful statement about the nature of people and how they are often overlooked or cast aside due to factors like age, appearance, or personality. He argues that these perceived flaws can lead to biased decisions and prevent people from reaching their full potential.

While this may be true in some cases, We believe that it is also possible for individuals to overcome these obstacles and prove their worth. After all, throughout history, we have seen countless examples of people who defied society’s expectations and triumphed against all odds.

Whether it was Nelson Mandela rising against apartheid, Rosa Parks refusing to give up her seat on the bus, or Malala Yousafzai courageously speaking out for women’s rights, these individuals proved that anything is possible if we put our minds to it.

2. “People who won’t cry badly to win and to be seen to have won, enjoy a tactical advantage over people who don’t.” – Michael Lewis, Author

3. “It’s hard not to be romantic about baseball. This kind of thing, it’s fun for the fans. It sells tickets and hot dogs. Doesn’t mean anything.” – Billy Beane

4. “If you challenge conventional wisdom, you will find ways to do things much better than they are currently done.” – Michael Lewis, Author

6. “When your enemy’s making mistakes, don’t interrupt him.” – Billy Beane

In the 2011 movie Moneyball, Billy Beane is introduced as the unconventional general manager of the Oakland A’s. Throughout the movie, Beane demonstrates a shrewd understanding of what it takes to succeed in professional sports. One key insight that he shares is his belief in the importance of letting one’s opponents make mistakes without reacting or interfering.

By allowing his opponents to make mistakes without interference, he can collect valuable information about their weaknesses and vulnerabilities and take advantage of these gaps in their strategy. At the same time, this allows him to minimize his risk by relying on calculated decisions rather than taking unnecessary risks or putting himself in a vulnerable position.

Ultimately, Beane’s successful handling of uncertainty and unpredictability stems from his ability to stay calm and cool-headed under pressure.

7. “I hate losing more than I love winning.” – Billy Beane

8. “It’s about getting things down to one number. Using the stats the way we read them, we’ll find value in players that no one else can see.” – Peter Brand

Sometimes, we all need a little something to help us get inspired. The below quotes could be the ones you are looking for:

There is no room for complacency when it comes to succeeding in the competitive world of professional sports. As Billy Beane puts it in the 2011 movie Moneyball, you need to constantly adapt to stay ahead of the competition or risk being left behind.

This idea applies not only to the field of sports but also to any profession or endeavor where success depends on staying on top of changing trends and circumstances. Whether we are talking about innovative new strategies, emerging technologies, or shifts in market forces, those who fail to keep up with the times risk falling behind and ultimately failing.

4. “That’s all right, we’re blending what we see but we aren’t allowing ourselves to be victimized by what we see.” – Billy Beane

6. “I made one decision in my life based on money. And I swore I would never do it again.” – Billy Beane

Money has long been a central concern for those in the world of professional sports. Athletes and coaches must constantly navigate salary negotiations, compensation packages, and contract negotiations. As Billy Beane, the general manager of the Oakland A’s baseball team points out, money can often be a major distraction for those working in sports.

Not only does it draw attention away from what truly matters, winning games and producing quality work, but it also often creates conflicts between teammates and competitors. Beane’s statement simply serves us that we must strive to keep our priorities straight when it comes to success in the world of sports.

7. “If we win—on our budget with this team—we’ll change the game. And that’s what I want, I want it to mean something.” – Billy Beane

Billy Beane, played by Brad Pitt, was a great and unforgettable character; let’s remember him through his quotes:

3. “Pack your bags, Pete. I just bought you from the Cleveland Indians.” – Billy Beane`

5. “If you lose the last game of the season, nobody gives a shit.” – Billy Beane

6. “When you get the answer you’re looking for, hang up.” – Billy Beane

The quote has many different layers of meaning. At the surface level, it could be interpreted as a warning to resist the temptation to accept easy answers and keep questioning until you come to a deeper understanding. In that sense, it is an important indicator that in order to achieve true success, we must not be complacent but instead be willing to challenge our assumptions and explore new ideas.

But at a deeper level, this quote also conveys one of the central themes of Moneyball, which is the belief that conventional wisdom can sometimes blind us from seeing all of the possible solutions to a problem. By challenging traditional ideas about how baseball should be played and questioning conventional methods for evaluating players’ performance, Billy Beane sought not just to find ways to win more games but also to revolutionize professional sports as we know them today fundamentally.

Moneyball is an inspiring movie with great quotes that can motivate you to achieve your goals. If you’re ever feeling down or unsure of yourself, remember these powerful words from the film and let them encourage you to push forward. Thanks for reading!