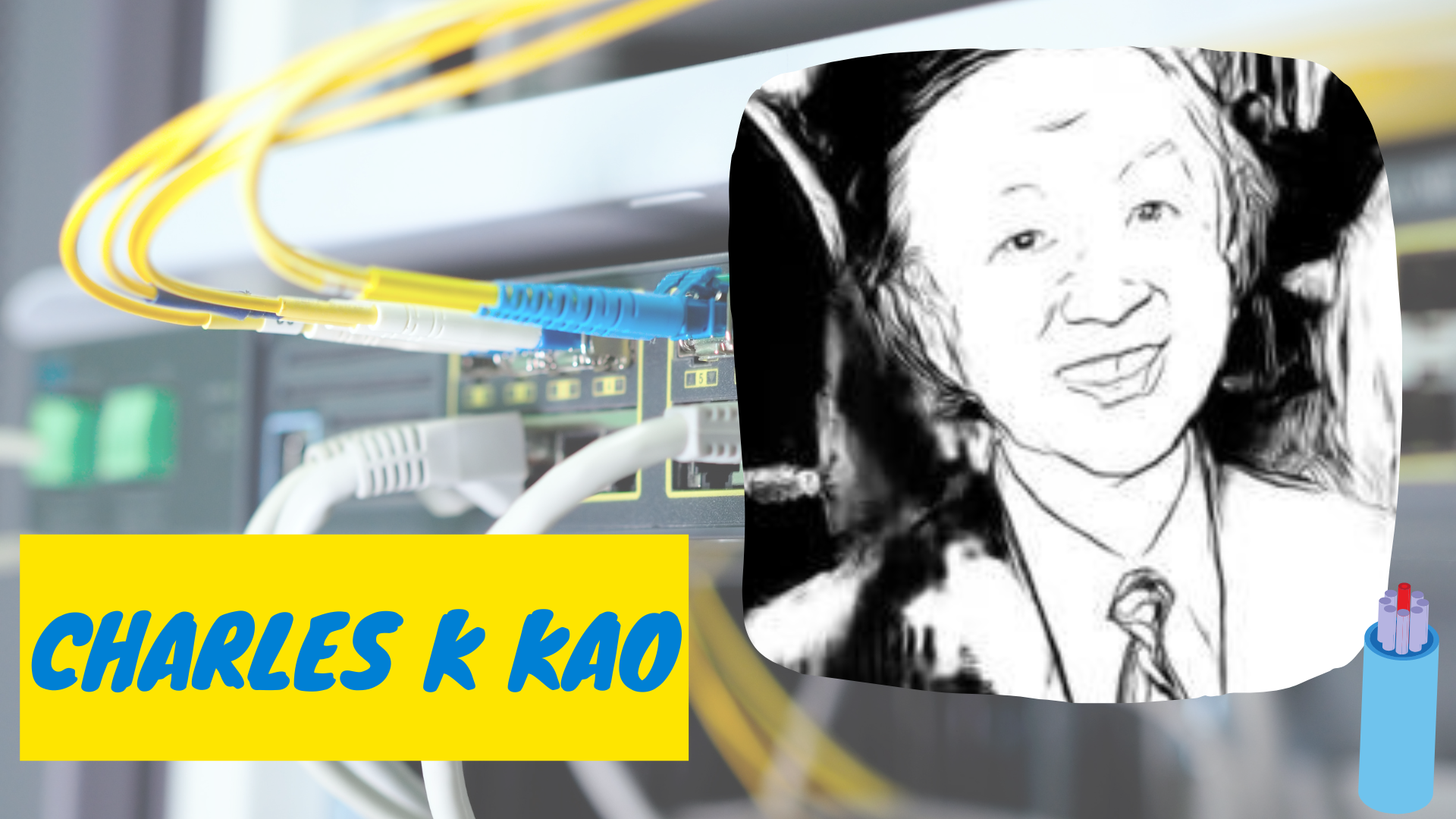 Charles Kao is a renowned electrical engineer and physicist who pioneered the development and use of fiber optics.

Kao’s work has had a significant impact on communications and information technology, and he has made numerous groundbreaking contributions to the field. Some of Kao’s most notable quotes include: “Optical fibers are like ribbons of silver. They are incredibly flexible and can transmit large amounts of information with little loss.”

Charles Kao is a Chinese-American scientist who is best known for his work on fiber optics. In 1964, he proposed the use of optical fibers for telecommunications, and his work helped to make the global internet possible.

Kao was born in Shanghai in 1933 and later moved to Taiwan & then British Hong Kong in 1948. He did a Bachelor of Engineering from the University of Greenwich. Kao met his future wife, Gwen May-Wan Kao, in London.

He began working on fiber optics in the early 1960s when most scientists believed that the technology was not yet feasible. However, Kao was convinced that fiber optics could be used to transmit large amounts of data over long distances without losing any signal strength.

His research eventually proved that he was right, and optical fibers are now used all over the world for telecommunications purposes.

He has received numerous awards for his work, including the Nobel Prize in Physics in 2009.

Kao believes that physicists should always be open to new ideas and be willing to change their views based on evidence. Let’s try to find out through the quotes what and how Kao used to think:

1. “The primary school I attended in Shanghai was a very liberal one, established by scholars who had returned from education in France. The children of leading families were enrolled there, including the son of a well-known man believed to be a top gangster of the underworld!” – Charles K. Kao

Indeed, Kao’s primary school had educated many notable people over the years, including several children of high-profile figures. One such student was the son of an underworld gangster during his time at the school. Despite this dubious distinction, Kao insists that his time at school was formative in his development as an individual. “It was a great place to grow up,” he says. “The teachers were very good, and it helped me think for myself.

2. “Practicing what you have learned generates satisfaction.” – Charles K. Kao

This statement rings true for any field of study. The more one practices, the better they become at their craft and the more satisfaction they feel from their work.

This is evident in sports, academics, and professional careers. The harder someone works and the more they learn, the more satisfying their accomplishments are.

3. “When you are young, you are fervent about the things you believe in.” – Charles K. Kao

When you are young, you have a lot of energy, and you are really enthusiastic about the things that you believe in. You want to do everything you can to make a difference in the world and to help other people.

You are also very optimistic, and you believe that anything is possible. As you get older, you learn that not everything is going to be perfect, but you still maintain your belief in the things that are important to you.

You continue to work hard for what you believe in, even when it’s difficult or when others don’t believe in you.

Charles K. Kao, the 2009 Nobel laureate in physics, once said: “The key to success is to keep searching and searching again.” This is certainly true when it comes to discovery.

Scientists are always looking for new facts, and they often find them by searching through old data again and again. This process can be tedious, but it’s often the only way to find something that’s been overlooked before.

Scientists have also developed new ways to search for information. For example, they can now use computers to scan through large data sets very quickly. This makes it easier to find patterns and correlations that might not have been noticed before. Computer searches can also be customized so that they focus on specific topics or keywords. This makes it easier for researchers to find relevant information quickly and easily.

5. “The introduction of optical fiber systems will revolutionize the communications network. The low transmission loss and the large bandwidth capability of the fiber systems allow signals to be transmitted to establish communications contacts over large distances with few or no provisions of intermediate amplification.” – Charles K. Kao

Charles K. Kao once said, “Fiber optics is the technology of the future and always will be.” It’s hard to argue with that assessment. Optical fiber systems have revolutionized communication networks by providing low transmission loss and large bandwidth capability.

This means data can be transferred far distances without losing quality or significant amounts of time. Fiber optics are also resistant to interference from electrical signals and electromagnetic radiation, making them perfect for use in high-security applications.

6. “Because of the earlier loss of the two elder siblings, my brother and I lived a very pampered and protected life. Nursemaids kept constant watch. With my parents busy at dinner parties and social events, we only met them as if for a daily royal audience.” – Charles K. Kao

Charles K Kao grew up in a household of over-attentive parents and nursemaids. This was because his older siblings had died at a young age, so his parents were determined to give Charles and his younger brother all the love and care they could.

While this may have seemed like too much attention to some, it actually allowed Charles to thrive in an environment of nurturing and support. He later remarked that this early upbringing was a key factor in his success as a scientist.

Although their parents were always very present in their lives, they didn’t have much time to interact with them on a personal level.

7. “When information is infinite, individual pieces of information are worth nothing.”-Charles K. Kao

Information used to have a tangible value because of the rarity of its availability. The less information that was available, the more valuable it was.

However, with the technological advances of the digital age, information has become infinitely abundant.

8. “Maybe it was the home tutoring, or the late start to formal schooling, or an overly cautious and protective upbringing, but in any case, I never became a talkative person. As an adult, I am not always comfortable in social gatherings with small talk. I must have inherited my father’s gentle nature.” – Charles K. Kao

Charles K. Kao, the Nobel Prize-winning physicist who pioneered fiber optics and helped make the world’s internet-connected devices possible, was never a particularly talkative person. In fact, he was often quite shy and uncomfortable in social gatherings.

There may be several reasons for this. For one, Kao was born into a very protective family in Shanghai, China. What he loved most was exploring ideas and theories – so much so that he would often spend hours in the lab working on new inventions, completely oblivious to the outside world.

9. “Ideas do not always come in a flash but by diligent trial-and-error experiments that take time and thought.”-Charles K. Kao

Ideas do not always come in a flash but through diligent trial-and-error experiments that take time and thought. This was proven by Charles K. Kao, who is known for his invention of optical fiber.

Kao’s discovery didn’t come overnight; it was the result of years of hard work and experimentation. In a speech given at the Nobel Prize Award Ceremony, Kao said that “ideas do not always come in a flash but by diligent trial-and-error experiments that take time and thought.” He added that it’s important to be patient and never give up on one’s dreams.

Charles K Kao was a brilliant scientist who made many important contributions to the field of optics.

He was also a great thinker, and his 9 quotes provide valuable insights into his thinking process and approach to life; his work will continue to be an inspiration to others.